It’s Tuesday morning; I should be getting ready for work. So why am I blogging??

Well, I’m just kind of excited about knitting these socks, that’s all. You’ll probably be sick of them before I’ve finished knitting them but… oh well. 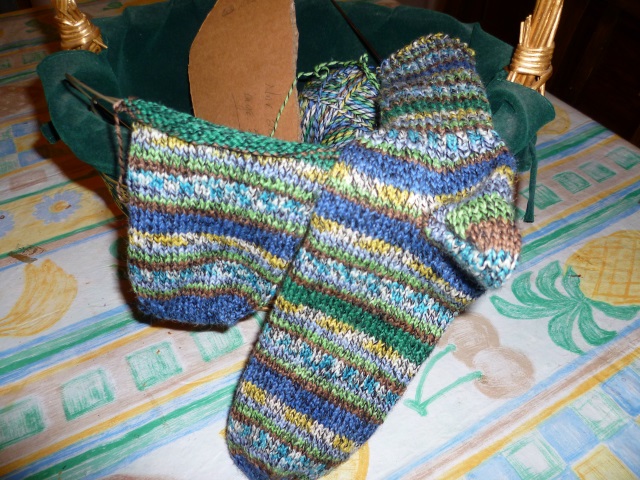 Ethan’s second sock is now ready for the heel, a little further along than in this picture. Since I still need to concentrate on what I’m doing with the heel, and it is not conducive to TV knitting, I decided to start on a pair of socks for Trinity.

After John went to bed last night, I knew there was no way I could sleep yet, so I pulled out yarn and needles and cast on the toe of her sock. I thought about doing two at a time but let’s take this one step at a time. Besides, if I knit one sock from one end of the ball and the second sock from the other end of the ball, they’ll end up being completely opposite in pattern from each other. That would drive me (and probably her) crazy. And, at 10:00 p.m., I wasn’t about to pull out the digital scale and divide the yarn into two equal balls of yarn. That was simply beyond the scope of my capabilities at that time of night. 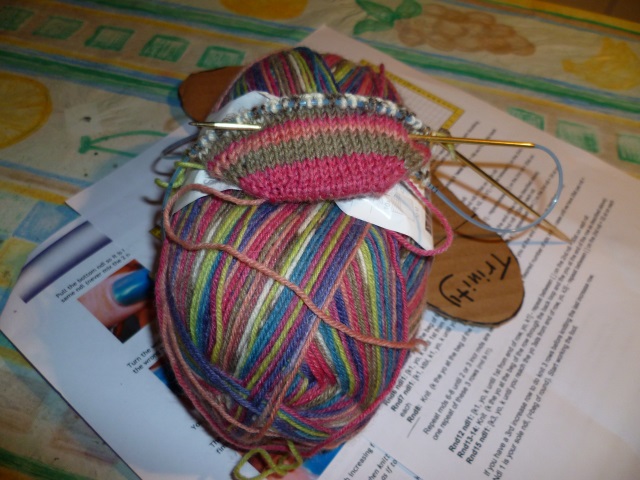 As of this morning, the toe is complete and I have some straight on TV knitting… until I get to the heel.

It feels good to be back in the world of the knitting!